By Dominick Parenteau-Lebeuf and translated by Maureen Labonté. This world premiere was directed by Christopher Bedford and featured Catriona Leger, John Doucet and Zach Counsil. In the darkroom of a long abandoned house in Berlin, a photographic negative of the Young Lady in White yearns to be developed. 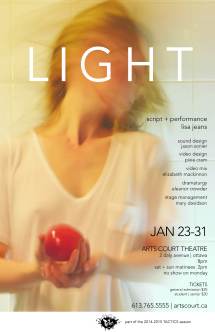 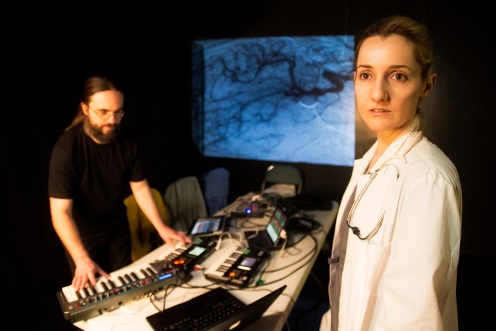 A duet between a live performer and sound and video technology. It tells the story of Dr. Helen Rose, an emergency room doctor who struggles with anorexia and perfectionism. Experience the world through the eyes of a woman who wants more than anything to be light.

This play takes a look at our constant and unrealistic pursuit of happiness. May Can Theatre was created in 2009 by Tony Adams and Cory Thibert, with Madeleine Boyes-Manseau joining the company as resident artistic member in 2012. They produce shows that are high energy, heartfelt, engaging and accessible.