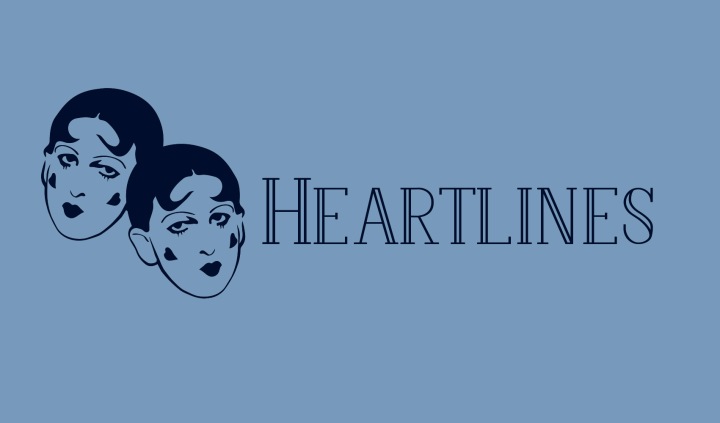 Defying gender norms, artistic traditions, and Nazis? All in a day’s work for surrealist artists Claude Cahun and Marcel Moore.

Journeying between Paris in the Roaring Twenties to the Occupied Channel Islands during WW2, Heartlines centers a story from the margins. The play explores the artistic and political contributions of French surrealist artists Lucy Schwob and Suzanne Malherbes, a.k.a. Claude Cahun and Marcel Moore. Claude and Suzanne were partners in life and in love, controversial figures who defied norms of art, gender, religion, and society in their surrealist collages, photographs, and writing. But when Nazi Germany occupies their home, life must instead begin to imitate art. Ultimately championing resistance and resilience, Heartlines nevertheless asks us to consider how far we would go for art and love …

Rebecca Benson has worked as an actor, director and assistant director in Canada and the UK with Three Sisters Theatre Company, Bear and Company, Theatre Kingston, Soulpepper, the NAC, The Stratford Festival, Actors Repertory Company, The Ramshorn Theatre and TACTICS.

Maryse Fernandes is an Ottawa based actor, writer, and clown. She attended the National Theatre School of Canada. She has worked with such local companies as Odyssey Theatre and Cart Before the Horse and debuted her solo piece “Happy To Be Here” at the 2018 Fresh Meat Festival.

Scottie Irving is an Ottawa-based musician who specializes in keyboard performance (piano, synthesizer, accordion). Scottie is best known as a member of The PepTides. The band has performed at major Canadian music festivals, written an original soundtrack to a Stuart McLean anthology, and played live on CBC Radio.

Margo MacDonald is a multi-award winning actor and playwright who’ll be familiar to Ottawa audiences from her work with A Company of Fools, The Gladstone, undercurrents, and GCTC. For the past three years she has been touring her solo play, The Elephant Girls, to sold out audiences both nationally and internationally.

Andrea Steinwand is a Rideau award-winning Ottawa-based scenic artist, set designer and instructor. She has worked for theatres and companies across Canada since 1999. In the summers Andrea teaches emerging scenic artists with Banff Centre’s performing arts practicum program, and recently began graduate studies in Art Therapy.

Sarah Waisvisz is an Ottawa-based theatre maker of European and Afro-Caribbean heritage, and she works at the intersection of disciplines, styles, and traditions. Sarah focuses on new-work development especially as a performer, creator, and playwright, and she recently completed artistic residencies at Great Canadian Theatre Company and the National Arts Centre.

Heartlines was part of the 2018 TACTICS Workshop Series and returns for a second phase of development, now with added sound and design elements.
A 25-minute excerpt of Heartlines first was developed and presented as a lightly-staged public performance in March 2016 at Ottawa’s Arts Court. With the support of three Theatre Creator’s Reserve grants (recommended by GCTC, the Shaw Festival and the Cabaret Company), an OAC Playwright’s Residency at GCTC, and a Canada Council artist residency at the NAC, Sarah is currently working on expanding the script into a full-length, production-ready draft.
Loading Comments...
Comment
×